As I’ve mentioned before, what happens just after you’ve performed an action is what adds or deletes that behaviour from your repertoire. Behavioural scientists have divided the possible consequences into four flavours. They’re helpful because if you can identify and change the type of consequences that are acting on a particular behaviour, you have the leverage you need to change how likely it is to happen.

The four flavours are: 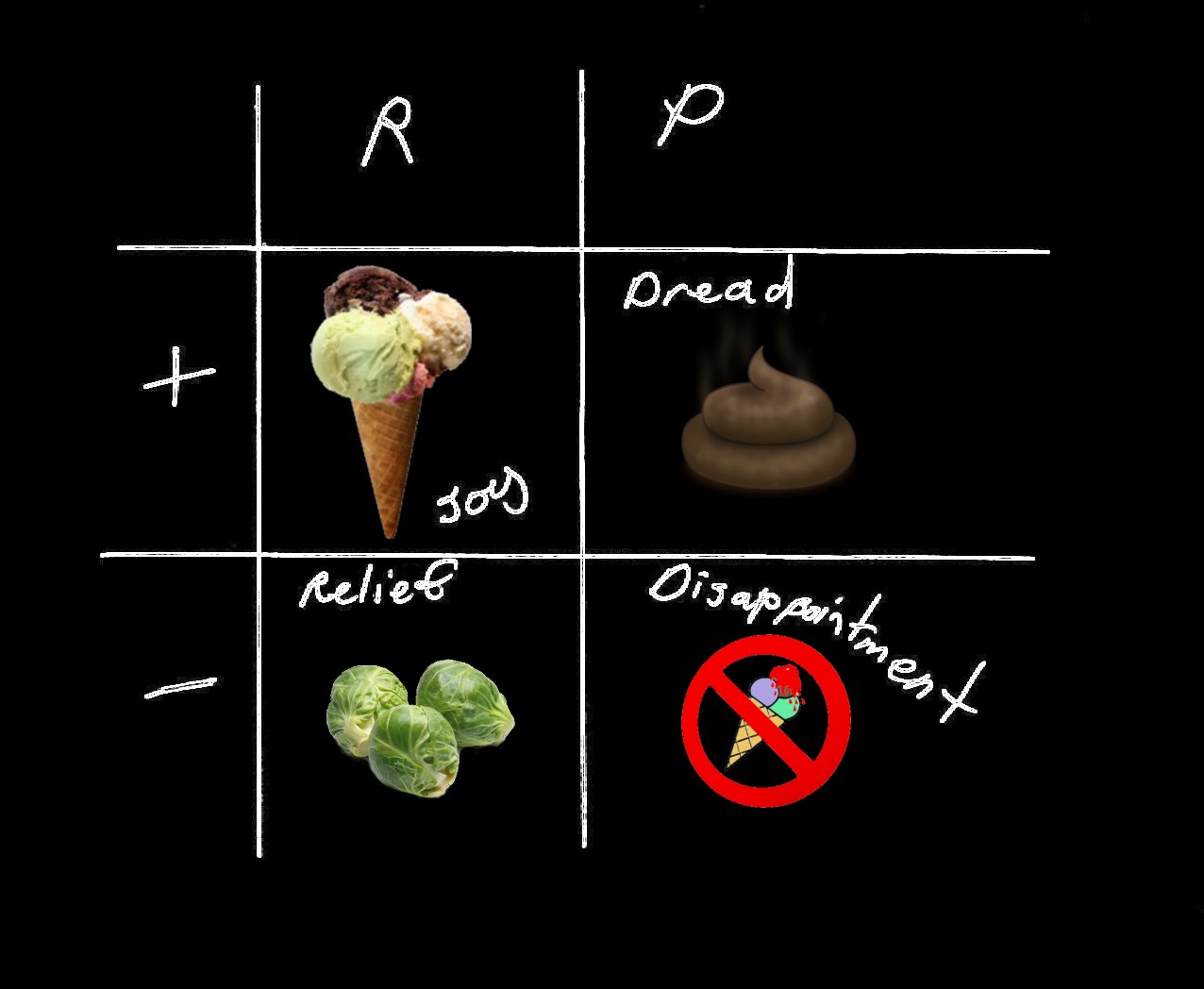 The scientific jargon is based on two elements:

You don’t need a detailed understanding of the jargon, but it is handy as short-hand when discussing different flavours of consequence.

Each flavour causes an emotional response, which is why they motivate us and create changes in the way we behave. Obviously, they work very differently. Some support our overall performance while others can create problems. Our biochemistry has a lot to do with that. More on that later!

Do you have an experience of the â€œdog doo flavourâ€ type consequence happening at work? Surely you’ve heard the term â€œ when the shit hits the fanâ€. 🙂 What was the behaviour that lead to that nasty consequence, and what happened to that behaviour: did you do that again?? What else changed?